Halloween Costumes For Parents Who Can Actually Be Arsed 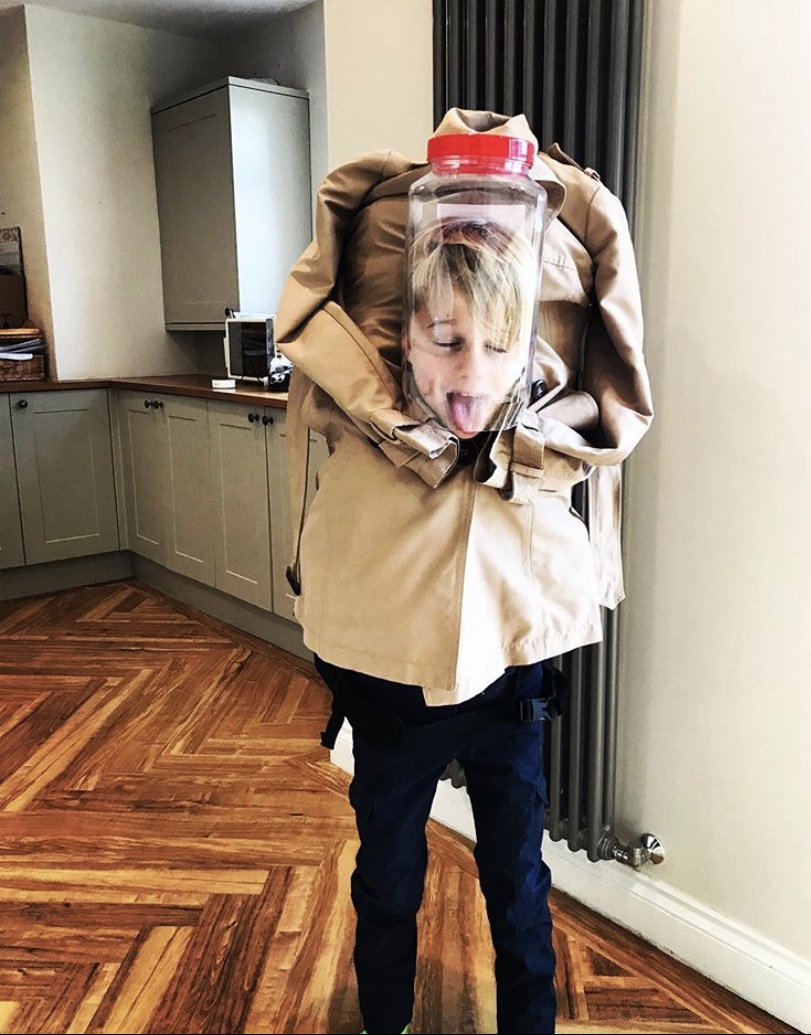 Are you one of those ‘fun’ Halloween parents?

I shall hold my hands up and admit I am the Halloween equivalent of Christmas’s Grinch. I’m not quite as mean as the people who turn their lights off and pretend they’re not in leaving the 5 year old trick-or-treaters in tears… but I do spend most of the 31st October thinking “Bloody hell; what a load of American shite this is, roll on Christmas.”

Whilst I admire the parents who decorate the houses in that awful cobweb stuff, dress up as Morticia/Fester and make witches brew; I just don’t get it myself. So you can imagine my horror last year when for the first time Dylan decided he wanted to make his own costume. Or more to the point; he wanted me to make it for him.

Despite the fact that I surpassed Dylan’s (admittedly low) expectations, and earned glowing praise on Instagram (which is basically the only reason anybody does homemade costumes); it is not something I will be doing again.

The stress and forward planning was all too much for a Mother with a ‘fly by the seat of your pants’ approach like mine. In fact one of the positives I’ve been able to pull out of this seemingly never-ending local lockdown is that this year we’re probably not actually allowed to take the kids trick-or-treating. What a terrible shame…

If I do by some horrible stroke of misfortune end up having to ‘do’ Halloween this year; there will be no home-made horrors. Instead I will be returning to my usual last-minute panic dash to Amazon Prime.

If you are low on ideas but high in motivation (and time); then here are seven Pinterest gems to provide a bit of inspiration. I’m tempted to do number 6 on all three of my kids… then put some heavy duty earplugs in my ears.