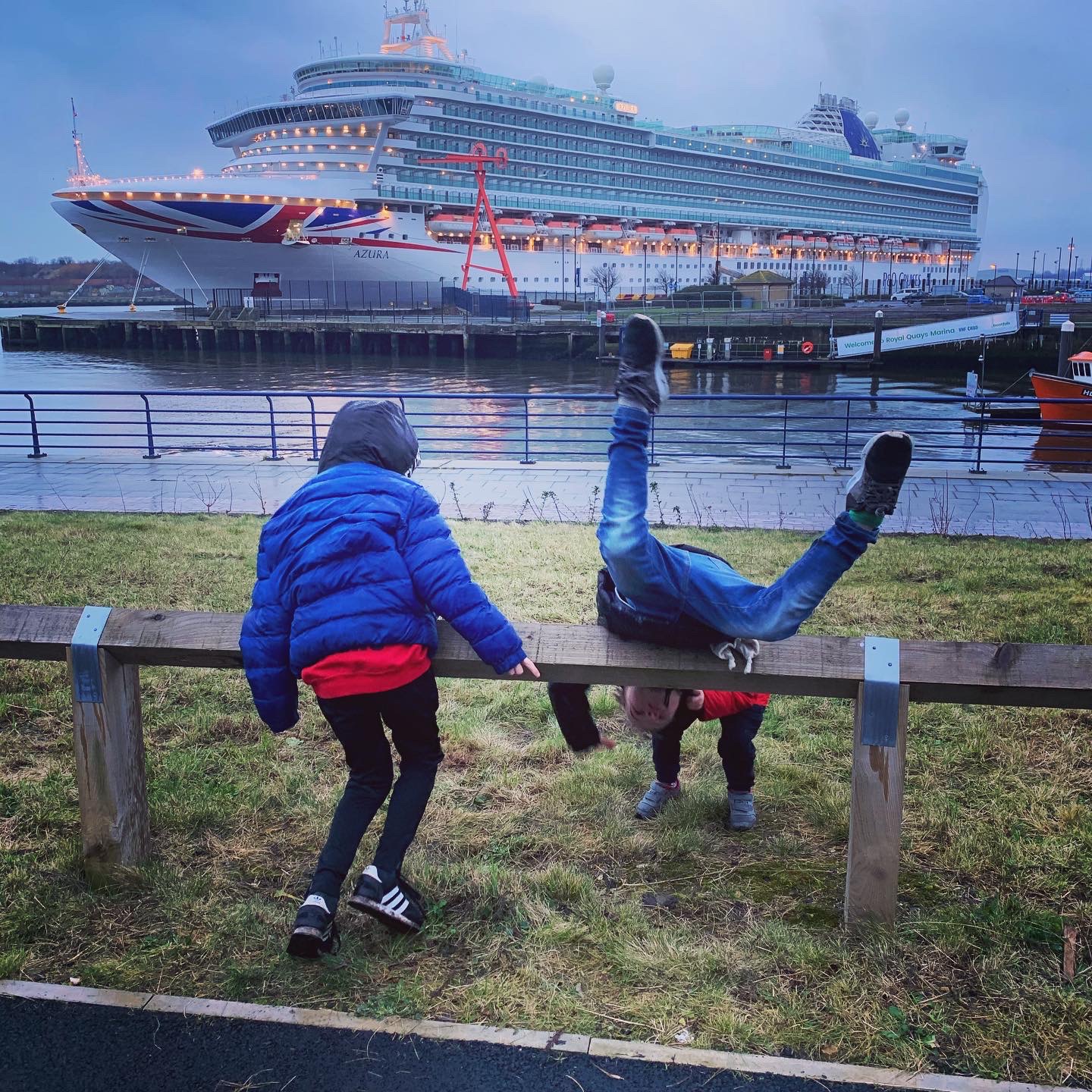 This morning I let Ellis watch a family on YouTube unboxing Paw Patrol toys for over an hour. In Czech. Or Russian, I’m not entirely sure. That should be his screen time allowance gone for the day. Or the week if you listen to the official guidelines.

But tonight, I will undoubtedly let him watch Peppa Pig or some other mindnumbing guff for another hour. At least.

Upstairs, his brothers will be glued to a Nintendo switch and an Xbox playing FIFA and Roblox respectively. They will also play way longer than the recommended amount of screen time for their ages.

Meanwhile, I will cook the tea in peace. I will get some work done on the laptop (topping up my own disgusting amount of screen time). I might even go for a trip to the loo without anyone coming in to badger me about something I’m most definitely not interested in.

Up until lockdown 3… aka the worst frigging one, I was very strict on my kids screen time. I knew all the stats. Children who play too many video games (I think that might make me sound very 1980’s but I’m gonna roll with it) or watch too much TV can have weaker communication and social skills. They can have shorter attention spans. They can become less engaged in ‘real life’ and display less empathy.

So in an effort to be an excellent Mother (as my sanity slipped and I opened the wine earlier by the bloody day), I withheld them from screen time pretty much full stop. I listened in mock horror (concealing growing jealousy) to parents telling me they simply could not get their children away from screens. They told me I was so lucky that my kids were outdoorsy/sporty/old school children. Always engaged in the good old-fashioned pursuits of football, climbing trees and kicking the bastard shit out of each other. I admitted to feeling very smug. No, of course my children didn’t play Fortnite. Of course they weren’t smashing Ipads out of anger. Of course they weren’t huddled away in their rooms for four hours a day not speaking to anybody else…

Wait. Say what? Huddled away in their rooms? For four hours a day? Not speaking to anyone else? Not even me? Hmmm. The seed was planted.

I started to fantasise about this whole other life that could be within my reach. A life where I sat at the kitchen island having a cup of tea in peace and quiet. A life where I didn’t have to run out into the back garden in a blind panic to break up a ‘game’ of ‘Hacky Nationals’ on the trampoline every ten minutes. For those of you who don’t know what ‘Hacky Nationals’ is (mothers of girls, mothers of tame boys, or mothers of screen addicted children); it is basically football, on a trampoline, with a sprinkling of no-rules wrestling . It can be played by children of all ages, the only requirement is that you show no mercy or concern for other human beings, even if the human being is only three years old. Two footed tackles to the shin are positively encouraged and you lose points for crying at a head injury.

In November 2020, during lockdown 2 (you know, the fake one where the schools were still open so it still felt positively wonderful) it was Dylan’s tenth birthday. He had made his case very well that since it was fucking freezing outside, there was no football at weekends to either watch or play and he wasn’t allowed his mates round; it was only fair that I caved in and let him have an Xbox. I consented and bought him the present (little knowing it would actually be a present for myself), giving him an accompanying set of screen time rules. We gave Jonah a spare controller, and gifted Ellis a second-hand broken one which he foolishly believed let him play too (third child innit?).

Within mere days I started to see results. The sheer heroin-strength power of the video game. After school, instead of hacky nationals, or worse, Play Doh or crafts (the biggest arsehole of all parenting-related activities), the three of them would retreat to Dylan’s room and play FIFA. Or Fortnite. Yep, I quickly gave into that one too despite saying that game would never be played in our house while I was on the earth.

I voiced my concerns to my Mam.

“They’re on it for quite a while every day you know Mam. I think they might be getting addicted…”

“Well you and your brother were bloody addicted to Mario weren’t you? And that stupid Tetris game. And Sonic. I can still remember that annoying music.”

Oh yeah… I thought to myself. We probably were a bit addicted. And look at us now. Jobs, houses, partners, friends, no glaring communication problems except a propensity for swearing an inordinate amount. Maybe my kids could get addicted and be OK too.

Once that realisation set in, things went downhill (in terms of screen time guidelines but not in terms of joy) quicker than you can say “Ooh it’s lovely and quiet now those three have turned into screen addled zombies.”

I keep waiting for the guilt to hit me in the stomach. What have you done woman!? Look what you’ve let your poor children become! But no… as yet I am feeling no such thing. I have a friend who is genuinely having counselling because her ‘Mum Guilt’ is really crippling her. I can only envy that level of commitment to raising good humans. I’m happy to wing it from here on in… surely they won’t all end up in prison?

In our house, a healthy (or not, if you listen to the experts) introduction of screen time has made for a far calmer, quiter living environment. The boys are no longer in each other’s company all the time. This means that when they do come together, ther’s actually less brawling. Sometimes they choose to play together, but more often than not they play with their friends. It’s been a godsend in terms of letting them keep in touch with their peers in the long recent months off school. Both of the big boys are pretty good at letting Ellis sit with them, playing along on his defunct controller like a happy, clueless knob. God bless him man… and all the other third children.

We’re almost six months into our new screen time heavy life. Up to now I really haven’t noticed any of the negatives that I was so worried about. The boys still emerge from their caves to come down for tea every night. They still play football, love the beach, scooting and fresh sea air. They still do their impressions, make up stupid songs and ask toe-curling inappropriate questions. They’re still fun, funny and happy… and with a small amount of coercion, they can still be lured away from their screens to have a game or two of hacky nationals. The difference now is that when all the noise, muck and chaos gets too much; I have the ultimate protective weapon in my arsenal…

“Fancy a game of FIFA boys?

Liked this post? Then you might love this one too… it has top tips for the best kids podcasts.

If you’re genuinely concerned excessive screen time is affecting your youngsters, check out this article for the best toys and activities to keep them occupied without the need for a device.

[…] this post? You might enjoy this one all about why you need to drop your guilt over screen […]